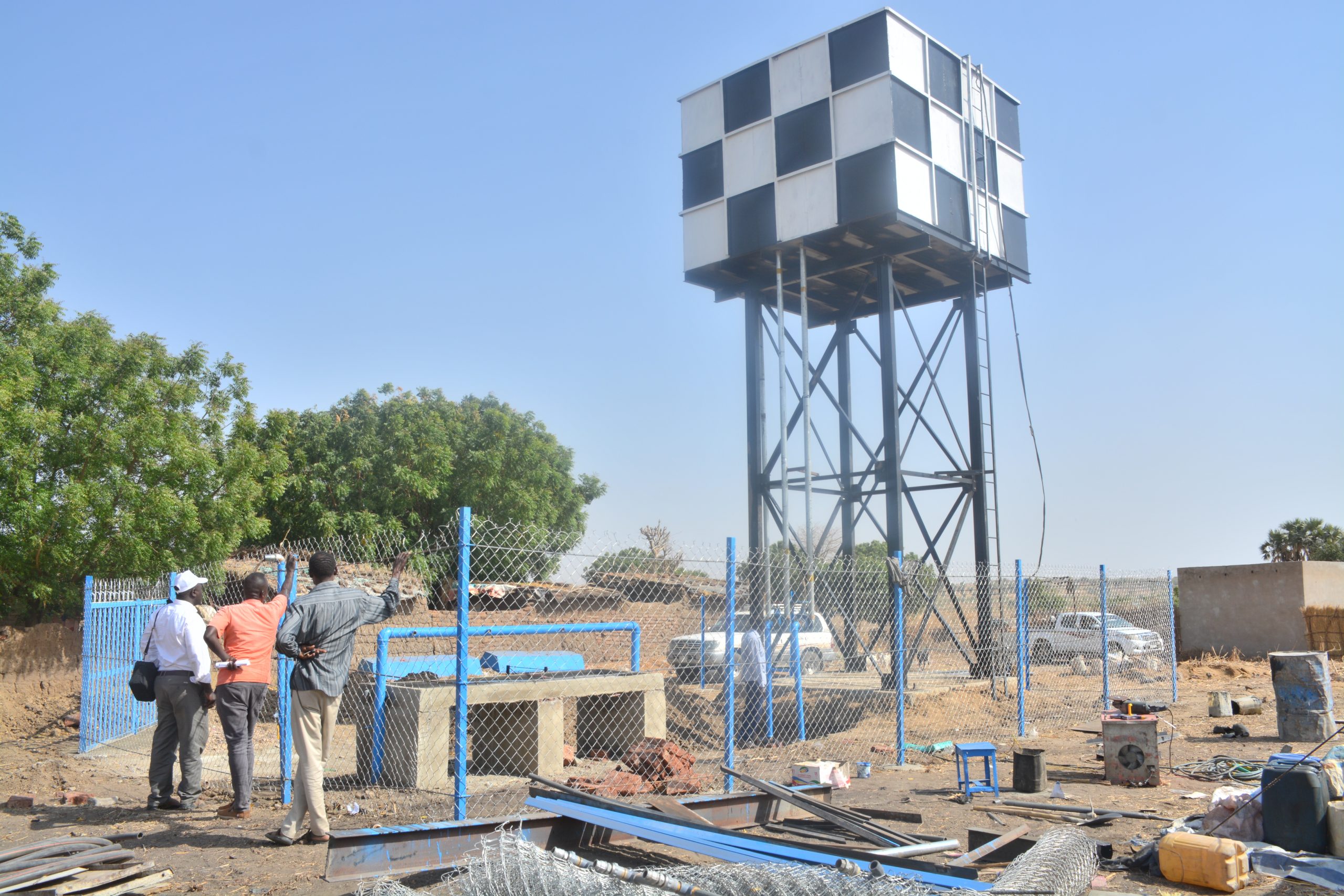 With the support and funding of The Ways of Development, Add Disaster and Development Assistance (ADD) has begun implementing five water projects in Blue Nile State.

Where the first project was implemented, which consists of a water station that contains a well and a tank with a capacity of ten thousand gallons and totems and a generator with the supply of a network of the village next to drinking rackets for animals and a point to supply the human with water from the station, Mr. Jamal Al-Mahi, Secretary General of the Organization in addition, explained that the project of the station was carried out in the village of Shen Tashrab, pointing out that the neighboring villages north of the city of Damazin will benefit from the project as well.

The project also included the maintenance and rehabilitation of four water pumps, two of which
are in the village of Ahmed Moqi) and two pumps in the Yara area, as part of a series of projects targeting several areas to be implemented in succession, in coordination with the State Water Authority, in accordance with the areas of hawija, which are specified, and the Secretary General of the Such projects are considered to support the people of the region and contribute to stability and development. He added that the easy access to clean drinking water helps a lot
in the free time for children to learn, and relieves the curse on women in order to seek drinking water from long distances The Secretary-General thanked Sabil foundation and its administrators in their relentless efforts to achieve development and bridging the need in rural areas by financing such vital projects that are implemented in partnership with them, pointing out that Sabil foundation is considered a support and a genuine partner in the process of humanitarian work.

On the other hand, the secretary general of the organization added that the organization has a number of other projects being implemented in Blue Nile state, covering a number of areas, such as water, nutrition and health funded by UNICEF, international relief and medical corps, as well as other projects with the World Food Program and the Mother Fund. United Development.

He thanked the Blue Nile worker and the Water Authority and its engineers and contractor implementing the project to implement the project in accordance with known technical standards.